Thank you for visiting EBCO Battery – your one-stop source for all the batteries you’ll ever need at prices that can’t be beat! Ebco Battery Co. began as a car battery manufacturer in 1946, and operates today as a wholesale/ retail specialist, selling over 1000 types of batteries of all chemistries. We pride ourselves in friendly, efficient sevice. Many of our employees have over 15 years’ experience with the company.

We have been serving both the private and public sector since 1946. Our customers include local government agencies, schools and wholesalers, as well as retail customers who want to buy batteries from a reputable source at a good price.

Find it here now – order it today.. and enjoy it tomorrow!

Smart Phones, Tablets, Laptops, Video Cameras & MORE. If you can name it, we've probably got it!

Is your car battery in need of a replacement? Come visit us and we'll take care of you.

We've got batteries for all of your household appliances!

Charging a New Battery Before First Use

New batteries are shipped in a discharged condition and must be charged before use. We generally recommend an overnight charge (approximately twelve to sixteen hours). Refer to the user’s manual for charging instructions. Rechargeable batteries should be cycled – fully charged and then fully discharged – two to four times initially to allow them to reach their full capacity. (Note: it is normal for a battery to become warm to the touch during charging and discharging).

New batteries are hard for the device to charge; they have never been fully charged and are therefore “unformed”. Sometimes the device’s charger will stop charging a new battery before it is fully charged. If this happens, remove the battery from the device and then reinsert it. The charge cycle should begin again. This may happen several times during the first battery charge. Don’t worry; it’s perfectly normal.

Do not drop, hit or otherwise abuse the battery as this may result in the exposure of the cell contents, which are corrosive. Do not expose the battery to moisture or rain. Keep battery away from fire or other sources of extreme heat. Do not incinerate. Exposure of battery to extreme heat may result in an explosion. Do not short-circuit. A short-circuit may cause severe damage to the battery. Do not use below -10°C (-15°F) or above +40°C (105°F). All batteries must be recycled or disposed of properly. Sealed lead acid batteries should be recharged in the upright position.

To Prevent Damage or Deterioration to the Battery

It is important to condition (fully discharge and then fully charge) the battery every two to three weeks. Failure to do so may significantly shorten the battery’s life (this does not apply to Li-Ion batteries, which do not require conditioning). To discharge, simply run the device under the battery’s power until it shuts down or until you get a low battery warning. Then recharge the battery as instructed in the user’s manual. If the battery will not be in use for a month or longer, it is recommended that it be removed from the device and stored in a cool, dry, clean place. A charged battery will eventually lose its charge if unused. It may therefore be necessary to recharge the battery after a storage period.

Actual battery run-time depends upon the power demands made by the equipment and the battery chemistry. It’s a good idea to clean dirty battery contacts with a cotton swab and alcohol. This helps maintain a good connection between the battery and the portable device. Water and other fluids will short out connections and possibly corrode them as well. For sealed lead acid batteries, do not discharge completely, and recharge immediately after use

The Differences Between Battery Types:

The main difference between the two is the fact that NiMH batteries (the newer of the two technologies) offer higher energy densities than NiCads. In other words, pound for pound, NiMH delivers approximately twice the capacity of its NiCad counterpart. What this translates into is increased run-time from the battery with no additional bulk to weigh down your portable device. NiMH also offers another major advantage: NiCad batteries tend to suffer from what is called the “memory effect”. NiMH batteries are less prone to develop this dreaded affliction and thus require less maintenance and care. NiMH batteries are also more environmentally friendly than their NiCad counterparts since they do not contain heavy metals (which present serious landfill problems).

Li-Ion has quickly become the emerging standard for portable power in consumer devices. Li-Ion batteries produce the same energy as NiMH batteries but weigh approximately 35% less. This is crucial in applications such as camcorders or notebook computers where the battery makes up a significant portion of the device’s weight. Another reason Li-Ion batteries have become so popular is that they do not suffer from the memory effect AT ALL. They are also environmentally friendly because they don’t contain toxic materials such as Cadmium or Mercury.

SLA batteries are based on the older design of lead plates surrounded by acid and electrolytes, and have been around for a long time. Originally, lead-acid batteries were not sealed, and the acid water would boil away during recharge. (Anyone who had a car in the ’70s knows all about this!). Later design improvements allowed the units to be sealed; but this now required a more slower and gentler recharge cycle. They are the heaviest of all battery types, and if the case is cracked or damaged, the battery not only becomes unusable, but dangerous. On the positive side, if properly recharged and maintained, they can last longer than the newer batteries, and they do not suffer from any memory effects. These batteries can be found in battery back-up devices, children’s powered riding vehicles, camcorders, large industrial flashlights, and many other applications

If you don’t plan on using the battery for a month or more, we recommend storing it in a clean, dry, cool place away from heat and metal objects. NiCad, NiMH and Li-Ion batteries will self-discharge during storage; remember to break them in before use. Sealed Lead Acid (SLA) batteries must be kept at full charge during storage. This is usually achieved by using special trickle chargers. If you do not have a trickle charger, do not attempt to store SLA batteries for more than three months.

The Lifespan of a Rechargeable Battery

The life of a rechargeable battery operating under normal conditions is generally between 500 to 800 charge-discharge cycles. This translates into one and a half to three years of battery life for the average user. As the rechargeable battery begins to die, the user will notice a decline in the running time of the battery. When a battery that originally operated the device for two hours is only supplying the user with an hour’s worth of use, it’s time for a new one.

NiCad, NiMH and Li-Ion batteries should be recycled. Be environmentally conscious – do NOT throw these batteries in the trash. If you don’t know where your local recycling facility is, call the Portable Rechargeable Battery Association at 1-800-822-8837. They will provide you with the address of the recycling center nearest to you.

About Volts and Amps

There are two ratings on every battery: volts and amp-hours (AH). The AH rating may also be given as milliamp-hours (mAH), which are one-thousandth of an amp-hour (for example, 1AH is 1000mAH). The voltage of the new battery should always match the voltage of your original unless the batteries are different chemistries (NiMH and Li-Ion batteries have different voltage ratings, even if they’re for the same laptop). Some of our batteries will have higher amp-hour ratings than the original battery found in the device. This is indicative of a longer run-time (higher capacity) and will not cause any incompatibilities.

Any statements and data in this text are for general information purposes. They represent the latest technical status at the time of publishing. EBCO Battery Co . reserves the right to change the information in this text without prior notice. The technical information is given in a descriptive way and does not guarantee any properties or enlarge any warranties given. 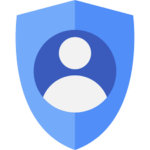 They replaced my vehicle’s battery in like 15 minutes. It’s one the auto parts places won’t do because it’s got a bar that goes across it. Reasonably priced too for a 5 year warrantied battery.

I needed a new battery in my 2010 Honda Accord in 2016. I recently went into Honda for a recall and they told me that my battery was failing. So of course I brought it in and as always you all were very professional and nice. You checked my alternator and battery and reassured me everything was fine. I didn’t even need my paperwork to have that checked out.

Wonderful place with very kind people. I visit Ebco at least once a month to get AA and AAA batteries ( by far the best price in town). They also have some of the best homemade jams (yes, jams) in the South. I highly recommend Ebco Battery